(New throughout, updates prices, market activity and comments) By Sagarika Jaisinghani and Susan Mathew Sept 28 The Chilean peso rose on Monday as President Sebastian Pinera launched a $2 billion fiscal aid program, while the Brazilian real tumbled 1% to extend a three-week losing streak. Chile's peso firmed 0.4% against a weaker dollar a day after Pinera said the subsidies would be aimed at creating new jobs or recovering those lost during coronavirus-driven lockdowns.

TREASURIES-Yields take a breather ahead of presidential debate

NEW YORK, Sept 28 U.S. Treasury yields were roughly flat toward the end of a quiet Monday, with no significant data releases or Treasury issuance on the calendar, and investors holding off from making significant moves ahead of Tuesday's presidential debate.

CHICAGO, Sept 28 United Airlines' pilots voted on Monday to accept a deal that would avert 2,850 furloughs set for Thursday, while thousands of other U.S. airline employees are hoping Congress will extend federal aid to save their jobs.

CHICAGO, Sept 28 United Airlines' pilots have voted to accept a deal that would avert the immediate furlough of thousands of pilots, the company said on Monday, even without an extension of federal payroll aid the industry is awaiting.

GRAPHIC-Markets in Q3: The charge before the storm

LONDON, Sept 28 Financial markets roared into the second half of the year in full-throttle comeback mode. The only problem was that the coronavirus came back too.

Portugal's BCP to focus on growing existing business, not M&A

By Sagarika Jaisinghani Sept 28 The Chilean peso firmed on Monday as President Sebastian Pinera launched a $2 billion fiscal aid program, while the Brazilian real tumbled 1% to extend a three-week losing streak. A basket of regional currencies was down 0.3% against a weaker dollar. Chile's peso firmed 0.3% after Pinera said on Sunday the subsidies would be aimed at creating new jobs or recovering those lost during months of coronavirus-driven lockdowns. The currency h

ROME/MILAN, Sept 28 The board of Atlantia will meet on Tuesday to reply to an ultimatum by Italy's government to resolve a bitter dispute over the infrastructure group's toll-road business, three sources familiar with the matter said. 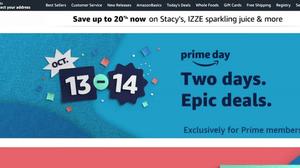 No related dividends are currently scheduled within the next 7 days.