Sunak to throw lifeline to some furloughed workers 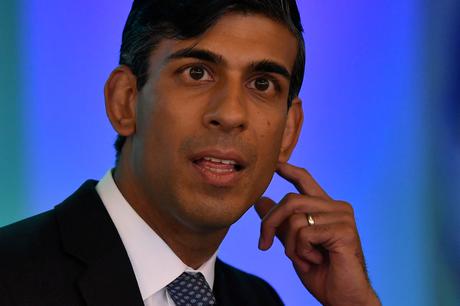 LONDON British finance minister Rishi Sunak will announce new plans to support jobs on Thursday, as fears mount of a surge in unemployment when an existing 52 billion pound ($66 billion) support programme comes to an end in just over a month.

Britain is planning to host clinical trials where volunteers are deliberately infected with the new coronavirus to test the effectiveness of vaccine candidates, the Financial Times reported on Wednesday, citing people involved in the project.

PM Johnson calls on leaders to build back greener after coronavirus

LONDON British Prime Minister Boris Johnson will call on other leaders on Thursday to "build back better" after the coronavirus crisis and commit to net zero emission targets.

LOUISVILLE, Kentucky Two white policemen who fired into the apartment of Breonna Taylor, a Black medical worker, will not be prosecuted for her death because their use of force was justified, and a third was charged with endangering her neighbors, Kentucky's attorney general said on Wednesday. | Video

LONDON The British government on Wednesday defended its new, stricter coronavirus measures against criticism that they did not got far enough, saying it was trying to balance supporting the economy while protecting health. | Video

A physician who heads the influential U.S. Food and Drug Administration vaccine advisory committee recused herself from the panel's review of COVID-19 vaccines because of her role overseeing a clinical trial for Moderna Inc's candidate, her spokeswoman told Reuters.

NEW YORK Shares fell on Wednesday and the dollar hit its strongest level in two months as data cast a pall on the economic outlook, reaffirming concerns that new restrictions to counter coronavirus infections will hurt the recovery.

WASHINGTON TikTok asked a U.S. judge on Wednesday to block a Trump administration order that would require Apple Inc and Alphabet Inc's Google to remove the short video-sharing app for new downloads starting on Sunday.

Brexit positivity returns: UK 'confident' of a deal, EU 'determined' for one

LONDON/BRUSSELS Britain's Brexit supremo Michael Gove said on Wednesday that he was confident of securing a trade deal with the European Union, while the bloc's chief negotiator said he was determined to clinch an agreement.

MINSK Belarusian security forces detained protesters and fired water cannon to disperse crowds as thousands took to the streets of Minsk against the abrupt inauguration of veteran President Alexander Lukashenko on Wednesday. | Video