From Kennedy-Nixon to Trump-Biden: 60 years of U.S. presidential debates

Republican President Donald Trump and Democrat Joe Biden face off on Tuesday in a televised presidential debate, part of a 60-year-old tradition marked by some of the most memorable moments of modern U.S. political history:

Democrats are urging U.S. Supreme Court nominee Amy Coney Barrett to recuse herself from any election-related cases because of President Donald Trump's comments that he expects the justices to potentially decide the outcome, but there is no way to force her to do so.

President Donald Trump on Saturday nominated Amy Coney Barrett to the Supreme Court, and she pledged to become a justice in the mold of the late staunch conservative Antonin Scalia, setting another milestone in Trump's rightward shift of the top U.S. judicial body.

A judge in Pennsylvania on Saturday rejected a request by three TikTok content creators who asked her to temporarily block a government ban on Apple Inc and Alphabet Inc Google app stores offering the short-video sharing app for download set to take effect on Sunday.

In nominating Amy Coney Barrett for a lifetime job on the U.S. Supreme Court, President Donald Trump has selected a federal appeals court judge who has staked out conservative legal positions on key hot-button issues in three years on the bench.

Amy Coney Barrett, President Donald Trump's nominee for a lifetime job on the U.S. Supreme Court, has served as a federal appeals court judge since 2017 and has weighed in on cases involving several hot-button issues including abortion, gun rights, immigration and campus sexual assault.

President Donald Trump plans to announce conservative federal appeals court judge Amy Coney Barrett on Saturday as his Supreme Court nominee, two sources said on Friday, as he moves to shift it further to the right and sets up a heated Senate confirmation fight with Democrats 5-1/2 weeks before the U.S. election.

Supreme Court Justice Ruth Bader Ginsburg, a champion of gender equality, made history again on Friday as the first woman and first Jewish person to lie in state in the U.S. Capitol, in a ceremony marked by soaring music, tears and even push-ups.

[NFA] Demonstrators took to the streets in several U.S. cities on Friday evening to protest the death Breonna Taylor, as her family demanded the release of evidence presented to a grand jury that decided against charging police officers with her death. Conway G.Gittens reports.

UK pledges over $400 million for WHO 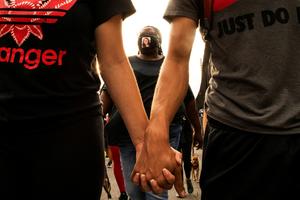 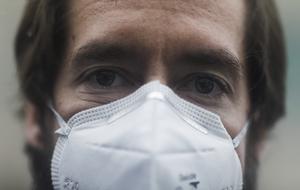 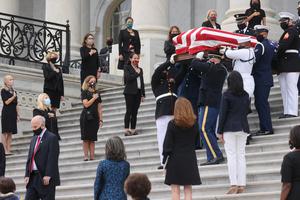