Greek economy swings back to growth in third quarter Q/Q, despite COVID 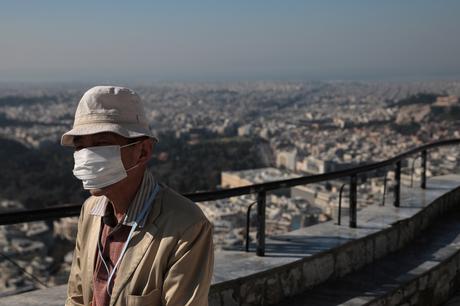 ATHENS Greece emerged from its worst quarterly contraction on record to report 2.3% growth in output for the third quarter, aided by a tentative return to economic activity following the country's first coronavirus lockdown.

ATHENS Greece plans to spend more than half of the 32 billion euros ($38 billion) it will get from the European Union's recovery fund on green and digital transformation projects, its deputy finance minister said on Wednesday.

ATHENS Greece's largest carrier Aegean Airlines reported on Tuesday a 28.3 million euro ($33.6 million) loss for the third quarter as passenger traffic fell and aircraft were grounded during the coronavirus pandemic.

ATHENS Piraeus Bank, one of Greece's four largest banks, on Monday reported a sharp drop in third-quarter profit compared with the previous quarter on the back of higher loan impairment provisions and weaker trading income.

ATHENS Greece is considering a capital injection of around 120 million euros ($142.55 million) for Aegean Airlines, the government said on Monday, adding the nation's biggest carrier was crucial to the tourist-reliant economy.

ATHENS The European Central Bank's supervisory arm has rejected a request from Greek lender Piraeus Bank to make a coupon payment on its contingent convertible bonds (CoCos), a banking source close to the matter told Reuters on Friday.

ISTANBUL Turkey on Wednesday ended search and rescue efforts in the rubble of buildings that collapsed as a result of Friday's strong earthquake in the Aegean Sea, after the death toll crept up to 116 in the western city of Izmir and a Greek island. | Video

ATHENS Volkswagen will provide electric vehicles, charging points and ride-sharing services to a small island in Greece as the country looks at ways to build a greener transport system.

IZMIR, Turkey A 70-year-old man was pulled from the rubble of a collapsed building in the Turkish city of Izmir on Sunday, after being buried for 33 hours following a powerful earthquake which struck Turkey's Aegean coast and Greek islands. 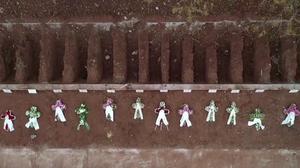