Hellenic to set up solar plant in northern Greece 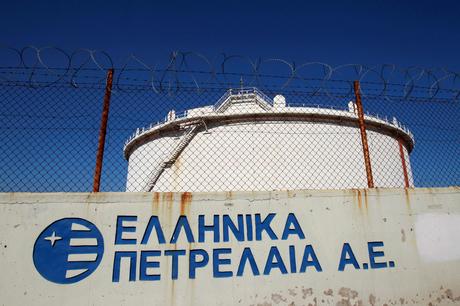 ATHENS Greece's biggest oil refiner, Hellenic Petroleum , said on Monday it will finance and operate a 204 megawatt solar energy plant in northern Greece to tap into the country's shift from coal to renewables.

LONDON Sweeping cyberattacks targeting governments and other organisations in Europe and the Middle East are believed to be the work of hackers acting in the interests of the Turkish government, three senior Western security officials said.

SARAJEVO Montenegro, which is hoping to find oil and gas reserves off its coast, said on Friday it has extended Energean Oil & Gas's licence by a year to explore two blocks as the Greek company required more time.

ATHENS Greece will shortlist investors for a minority stake in Athens International Airport (AIA) next month, the head of the country's privatisation agency said on Thursday.

ATHENS Greece's economy continued to recover in the third quarter, driven by net exports, but its expansion slowed from the second quarter amid weaker consumer spending and investments.

LESBOS, Greece The United Nations High Commissioner for Refugees urged the Greek government on Wednesday to improve living conditions in migrant camps and said Europe must do more to protect unaccompanied children.

ATHENS Greek jeweller Folli Follie has reached a preliminary deal with some of its creditors over a rescue plan for the company, it said late on Tuesday.