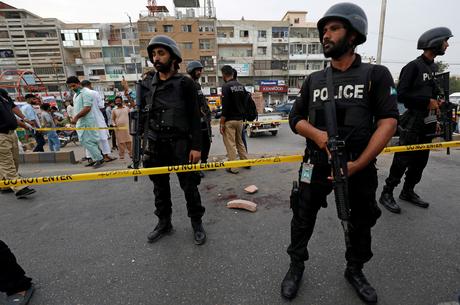 KARACHI, Pakistan At least 30 people were injured in a grenade attack on a rally in Karachi on Wednesday, as Pakistan marked the first anniversary of India's revocation of Kashmir's semi-autonomy.

KARACHI, Pakistan At least 30 people were injured in a grenade attack on a rally in Karachi on Wednesday, as Pakistan marked the first anniversary of India's revocation of Kashmir's semi-autonomy.

ISLAMABAD Pakistan's top economic body on Wednesday approved its costliest project to date as part of the multibillion-dollar China-Pakistan Economic Corridor (CPEC) agreement, giving the go-ahead for a $6.8 billion project to upgrade its railway lines, the government said.

SRINAGAR, India Indian soldiers patrolled streets and kept watch from the rooftops in Kashmir's main city of Srinagar on the eve of the first anniversary of the Muslim majority region's loss of autonomy.

JALALABAD, Afghanistan Afghan security forces on Monday killed at least 10 Islamic State fighters who had taken control of a prison in the eastern city of Jalalabad, ending a siege in which hundreds of prisoners escaped. | Video

With a heavy hand, India rides out Kashmir's year of disquiet 03 Aug 2020

SRINAGAR, India The scars of last summer remain in Soura, an enclave that became a symbol of Kashmir's resistance to India's central government a year ago on Wednesday.

KABUL/QUETTA, Pakistan Afghanistan accused Pakistan on Friday of killing 15 civilians during clashes at a border crossing where crowds were jostling to cross for the Muslim festival of Eid al-Adha.

BERLIN Nigerian Iyke Anakua had been working for 14 months as a welder, a job he got through a recruitment agency in Berlin, when he received news in mid-March that he would be made redundant.

ISLAMABAD/PESHAWAR, Pakistan The United States urged Pakistan on Thursday to take action over the killing of an American national in a crowded courtroom as he faced trial for blasphemy.

KARACHI, Pakistan The days leading up to the Muslim feast of Eid al-Adha are busy for Uzair Dawood, the owner of a motorcycle wash in Pakistan's southern city of Karachi - not for fixing vehicles, but washing cattle. 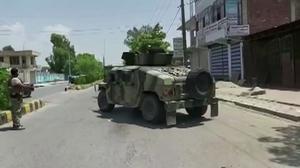