BUDAPEST Hungarian low-cost airline Wizz Air is expanding in Norway to take advantage of a shift towards domestic tourism caused by the COVID-19 pandemic, the airline's chief executive said on Tuesday.

LONDON British airline EasyJet is to reduce its onboard luggage allowance from Feb. 10 next year, a move which will incentivise more people to pay to select their seat or check a bag into the hold.

VANCOUVER A Canadian police officer stationed at the Vancouver airport who rejected a plan to arrest Huawei Chief Financial Officer Meng Wanzhou on the plane she arrived on two years ago, on Friday testified that at the time he told other police officers the best course was to allow border agents to interrogate Meng before arresting her.

GATWICK AIRPORT, England The boss of Britain's Gatwick Airport said the introduction of shorter quarantine times from mid-December was boosting travel, and that the combination of testing and a COVID-19 vaccine means he is optimistic holidays can restart next year.

BERLIN German charter airline Condor does not expect to find a new owner until 2022 at the earliest, its chief executive said.

VANCOUVER A police officer overseeing enforcement at the Vancouver airport testified in court on Thursday that he had concerns about a plan by Canadian federal police to arrest Huawei Chief Financial Officer Meng Wanzhou on the plane she arrived on two years ago.

LONDON British airline easyJet said domestic bookings for December had risen significantly this week compared to last week after news that some COVID-19 restrictions in its home market would be eased.

WASHINGTON The White House is considering rescinding entry bans for most non-U.S. citizens who recently were in Brazil, Britain, Ireland and 26 other European countries, five U.S. and airline officials told Reuters. | Video 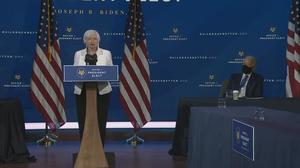