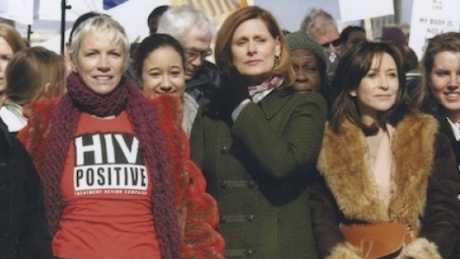 Let’s find a way to put more women in to dignified work and simultaneously reach towards a great unmet need, activist Sarah Brown writes for Thomson Reuters and TrustLaw. That need is more trained health workers – 3.5 million of them in fact.  Commentary | Factbox

RIYADH A senior Saudi prince questioned the need for a ban on women driving on Wednesday and said lifting it would be a quick first step to reduce the Islamic kingdom's dependence on millions of foreign workers.

ABIDJAN Thousands of women marched through Abidjan on Tuesday calling for Laurent Gbagbo to step down, and one of several groups was broken up by youths armed with machetes and firing automatic weapons into the air.

NEW YORK, March 8 - Women are more affected than men by the intrusion of work into their home-life through e-mails, phone calls and texts and report higher levels of psychological distress, according to new research.

KHARTOUM Sudanese riot police arrested more than 40 women minutes after they started a protest against rape and rights abuses on Tuesday, witnesses said in the latest sign of a crackdown on dissent.

GENEVA United Nations human rights chief Navi Pillay appealed on Monday to new governments in Egypt and Tunisia to ensure that full women's rights were enshrined in new constitutions in both countries.

LONDON James Bond actor Daniel Craig has dressed in drag for a short film about sexual equality made to coincide with International Women's Day on Tuesday.

I consider myself a champion for anti-racist feminism and yet I sometimes find myself trumped by inverted pyramid-style storytelling, writes Terrine Friday.  Learn More

Gender equality an unknown to majority of Indian women

Gender equality was fine while it was used to undermine British authority in India, but when it threatened the positions of Indian men it was unacceptable, writes Seema Anand.  Learn More

More women entering higher education may be positive, but financial undervaluing of graduates of subjects in which women dominate cause concern, writes Susan Buckingham.  Learn More

Will the "New Middle East" be a welcoming place for gays and lesbians?

There is an expectation that the “new wave of freedom” will benefit Arab lesbian, gay, bisexual and transgender people. Is it time for LGBT Arabs to demand their basic human rights?  Learn More

Women in the boardroom

My hope is that my daughter has an equal chance of fulfilling her dreams as my sons. That she will have the strength to seize opportunities life throws her, writes Nicola Mandelsohn.  Learn More

As a medical practitioner, I am encouraged by the progress that is being chalked up in South Africa, as well as globally, in preventing HIV transmission, Precious Moloi-Motsepe.  Learn More

U.N. Women: out of the chaos a new order emerges

This year the U.N. launched U.N. Women, the new entity which merges others -- especially UNIFEM and the Division for the Advancement of Women -- into one, writes Annette Lawson.  Learn More

Women with a space and platform in academics, science, economics and politics are celebrated and yet there is a group of extraordinary women that still have no voice – the African women farmers, writes Lindiwe Majele Sibanda.  Learn More

The next 100 years: bringing women together

On March 8, I’ll be joining women worldwide in celebrating 100 years of women’s activism for equality, and putting down a marker for the next 100, writes Kate Bishop.  Learn More 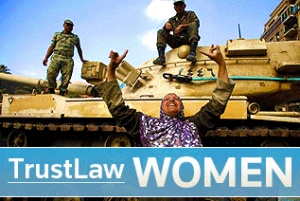 What do women's rights mean to you?

Women of the world

Pictures and stories about women to mark the centenary of International Women's Day.  Slideshow | Commentary