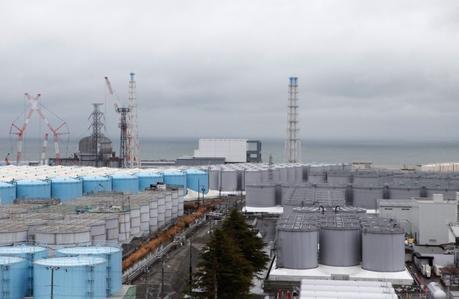 TOKYO Fukushima prefecture, home to the wrecked Fukushima Daiichi nuclear power plant, on Tuesday reassured participants and spectators at the Olympic torch relay this year that they would not need to worry about radiation exposure.

In an Olympic year, Japan faces decision over contaminated Fukushima water 6:12am GMT

OKUMA, Japan At the wrecked Fukushima nuclear plant north of Tokyo, workers in protective suits are still removing radioactive material from reactors that melted down after an earthquake and tsunami knocked out its power and cooling nearly nine years ago.

PARIS France is aiming for roughly the same nuclear power output this year as it targeted in 2019, at around 395 terawatt hours (TWh), an executive at power utility EDF said on Monday.

OTTAWA The Canadian province of Ontario on Sunday apologized for wrongly raising the alarm about an incident at a massive nuclear power station near Toronto and blamed a training exercise mistake.

DUESSELDORF Germany will take another step towards completing its withdrawal from nuclear power when EnBW pulls the plug on the Philippsburg 2 power station on New Year's Eve, leaving half a dozen plants still to close over the next two years.

DUBAI An earthquake of magnitude of 4.9 struck near Iran's Bushehr nuclear power plant on Friday but an Iranian emergency services official said there was no damage or casualties.

TOKYO The Japanese government on Friday delayed the planned removal of fuel from two reactors at Fukushima Daiichi nuclear station, highlighting difficulties facing a clean-up at the site of the 2011 disaster.

BRUSSELS The European Union left Poland out of a 2050 climate neutrality agreement on Friday after hours of summit haggling with three poorer eastern member states that demanded more funds for economic transition and support for nuclear power. | Video

BUDAPEST Hungary's government said on Thursday it had some conditions before it could back a new EU climate commitment, including a demand that the bloc recognise that nuclear power will help in the fight against climate change.

BRUSSELS Poland, Hungary and the Czech Republic have raised objections to the latest draft decision of a Thursday-Friday summit of EU leaders who aim to commit the bloc to climate neutrality by 2050, according to diplomats and documents.