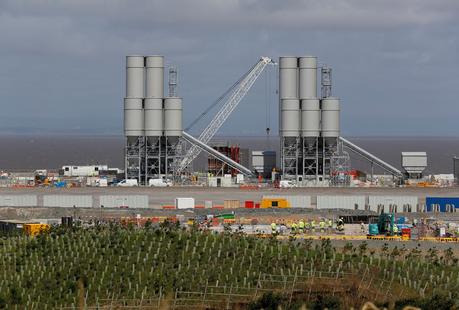 LONDON Fifteen companies and trade unions, including French nuclear giant EDF and several engineering firms, on Tuesday launched proposals for a clean energy hub to be built at Cumbria in northwest England, including a new large nuclear plant.

LONDON French utility EDF has submitted an application to Britain’s regulators to build the 17-18 billion pound Sizewell C nuclear plant in the east of England, it said on Wednesday.

WASHINGTON A top White House official on Sunday likened China's handling of the coronavirus outbreak to the Soviet Union's cover-up of the meltdown at the Chernobyl nuclear power plant in 1986.

E.ON sold ahead German nuclear power at above market prices 12 May 2020

FRANKFURT German utility E.ON said on Tuesday it has sold forward 65% of its nuclear power generation in 2021 and 34% of its 2022 output at prices well above the current wholesale market, raising earnings prospects from that segment.

BRUSSELS The European Union's top court should reject an attempt by Austria to block British state support for a nuclear power plant in southwest England, a court adviser said on Thursday.

LONDON EDF Energy has been asked to temporarily reduce output at its Sizewell B nuclear plant in the east of England to help balance the grid and prevent blackouts, EDF and grid operator National Grid said on Wednesday.

U.S. should keep Congress informed about nuclear talks with Saudis - GAO 05 May 2020

WASHINGTON The U.S. Departments of State and Energy should commit to regular briefings to relevant committees in Congress on talks about nuclear power cooperation with Saudi Arabia, a congressional watchdog said in a report on Monday.