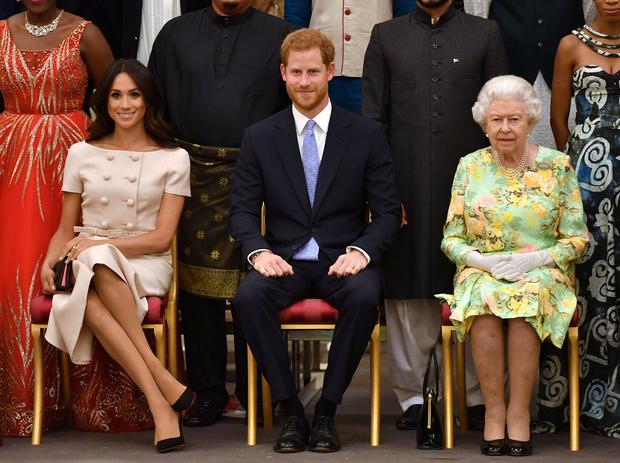 LONDON Britain's Prince Harry and his wife Meghan have decided not to use the word "royal" in their branding after they start a new life in Canada following their decision to step back from royal duties. | Video

LONDON A yellow, U.S.-style school bus displaying Prince Andrew's face and asking him to call the FBI drove past Buckingham Palace on Friday, in a move designed to press him to help authorities investigating U.S. sex offender Jeffrey Epstein.

LONDON Britain's Prince Harry will visit Abbey Road Studios in London on Feb. 28 to meet singer Jon Bon Jovi and members of a military veterans' choir, in one of his last engagements as a senior member of the royal family.

LONDON The British royal family is discussing with Prince Harry and his wife Meghan the use of the word "royal" in their branding after they abruptly decided to start a new life in Canada. | Video

LONDON Prince Harry and his wife Meghan will carry out their final public engagements as senior working members of Britain's royal family in late February and March before their status changes on March 31, ITV's royal editor reported on Wednesday.

LONDON The bells of London's Westminster Abbey rang out for Prince Andrew's 60th birthday on Wednesday even though he has stepped down from public life following a backlash about his friendship with convicted U.S. sex offender Jeffrey Epstein.

Queen's nephew the Earl of Snowdon to divorce

LONDON The Earl of Snowdon, the nephew of Britain's Queen Elizabeth, and his wife of 26 years are to divorce.

LONDON The death of one of Britain's most famous TV stars, "Love Island" host Caroline Flack, has sparked a debate over the behaviour of the tabloid press and whether social media companies need to do more to remove toxic content. | Video

Duchess Kate draws lessons from her childhood and her 'amazing granny'

LONDON Britain's duchess Kate, the wife of Prince William, discussed the importance of the early years of childhood during her first podcast interview released on Saturday, praising the experiences she shared with her grandmother.

BANGKOK The plight of the cruise ship off Japan with more than 200 coronavirus infections and the shunning of another luxury liner by five ports despite no known cases has led to a sharp change in tack for an industry in shock: avoid Asia.

Goldman Sachs is in discussions to feature Prince Harry as a guest speaker for its online interview series "Talks at GS", CNBC reported https://www.cnbc.com/2020/02/12/goldman-sachs-is-lining-up-prince-harry-for-online-interview-series.html?__source=twitter on Wednesday, citing a source familiar with the matter. Images from around the royally named Victoria, British Columbia, where the Duke and Duchess of Sussex and their son Archie have settled, for now, into a seaside home. 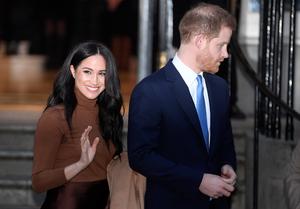 Harry and Meghan to 'step back' from being senior royals

Prince Harry and his wife Meghan, Duchess of Sussex, said they plan to step back from their roles as senior members of Britain's royal family and work to become financially independent. Images from the Saanich Peninsula, a part of Vancouver Island in British Columbia, an area where the Duke and Duchess of Sussex and their son Archie took a six-week vacation at the end of last year.